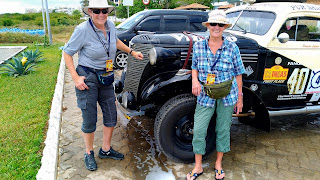 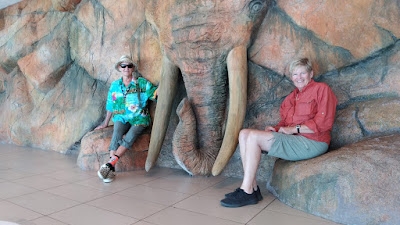 DHL sold us a huge carton for our African treasures so we have finally gone native.


We looked over the Beastly Fang log Kim together. Very professional.  A big thank you for keeping us on the page. I know she missed sleep waiting for news when we had collapsed in bed too exhausted to utter a syllable. Way to go Kim!

The Fangsters  Laurie, Pam & Trunk Monkey
By Unknown at 19:53 No comments:

As I pack for the airplane, Laurie drives Fang to the port. Melvyn Palmer from Cars is here to assist.

Our awards banquet last night was certainly notable for the sheer amount of love in the room. The prizes were not just another trophy, but darling wire African animals. Laurie and I took the coveted Spirit of Rally award, a pair of metal guinea hens! We also received wire bulls for 1st in class. After the emotional impact wore off and we realized the burden of carrying animals home, heavy trading took place. I helped celebrate a 45th anniversary by passing along my hen. Laurie swapped hers for a lion.

A good girl band played on the waterfront, so we headed out for dancing. Obligated to burn through the last of our Rand weren’t we?

Every Day Counts !
Your Nav 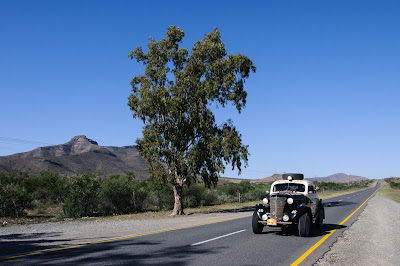 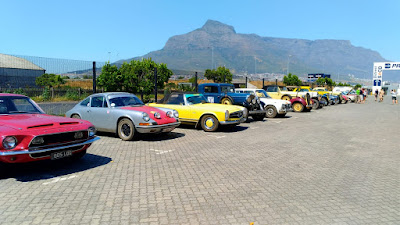 Table Top Mountain, and all the cars ready to ship out. Fang (Chevy), Rhubarb (Buick), Leisel (BMW), Sol (Morgan), and many more. 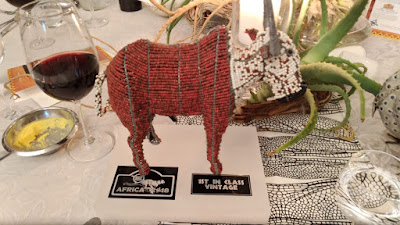 Our trophy for First in Class 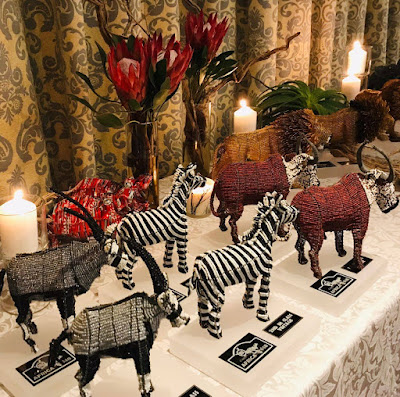 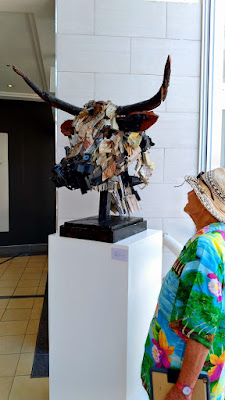 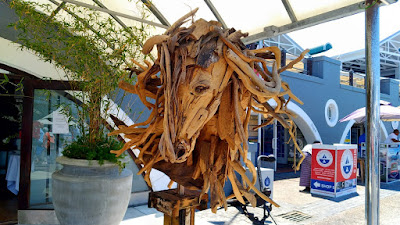 A horse of a different color 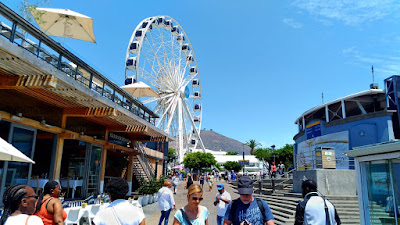 Very interesting Waterfront. And a Wheel! 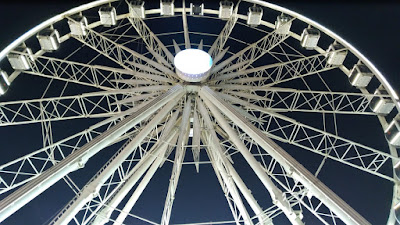 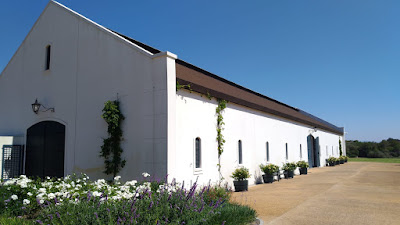 Visited a car museum with four buildings just  like this one for holding the collection. Beautiful cars and grounds in Franscheok. 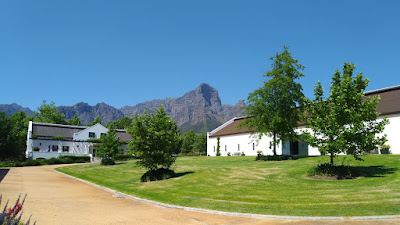 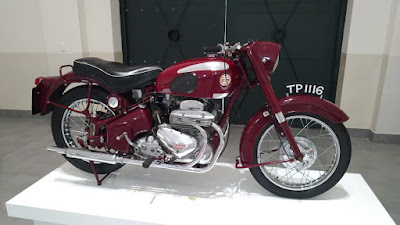 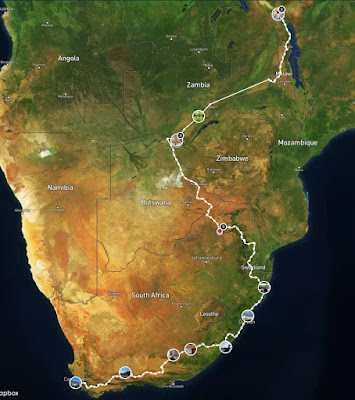 Laurie's Polar Steps of the Rally
Note: If trouble viewing, open in browser, not app: copy and paste this link to browser if needed: http://bit.ly/2O7tuJw

Be sure to check Beastly Fang Home Page for more posts.
By Fang at 10:47 No comments: 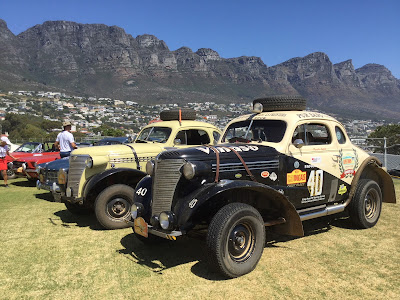 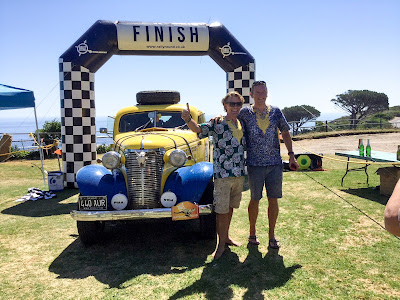 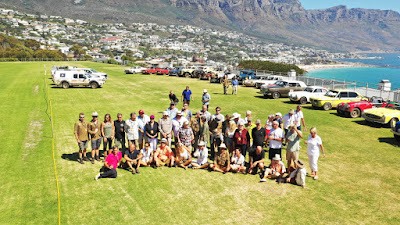 Be sure to check Beastly Fang Home Page for more posts.

Just sinking in that this will be our last day with Fang.

Charlie and the T-Zero crew really changed the rally experience for us. While other teams spent long nights replacing major innards, adding yet another clutch, or lashing onward our four weary Rally Round mechanics to perform miracles, we were gifted with a very solid car.  Gravel roads were unkind, mountain passes tested brakes, clutches and nerve, heat withered, and yet Fang persevered, noble and sure footed, day after very long day. So a big thank you to all who turned a wrench, wired a panel, fixed a this or hammered a that. Bravo!

And to Laurie. She became the heart and soul of our little band of adventurers.  By day two she knew everyone’s
name, their car stats and probably what brand of transmission they ran. She distributed healing potions for tummy, rashes, and colds, tried to feed me health foods ( no!) and finally, organized a rally chat group that the organizers even use.

I can only imagine what the macho men thought when we showed up. She changed their minds quickly on the road and track, and then slipping into her mechanics suit and crawling under Fang. A huge cheer for a real champion.

To all who followed our exploits, thank you. We hope you enjoyed the ride.

Be sure to check Beastly Fang Home Page for more posts.
By Fang at 00:05 No comments:

Knock out scenery, storybook villages, and a visit to the dreamy home of a renowned wine maker. Tomorrow we parade to the finish line, drink a little champagne and head into Cape Town for our final evening together.
Your Nav 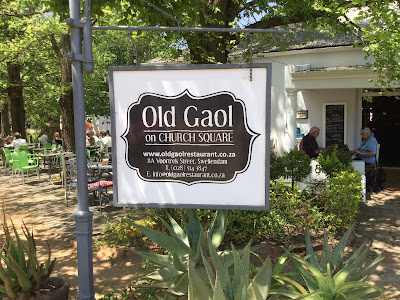 Be sure to check Beastly Fang Home Page for more posts.
By Fang at 14:23 No comments:

Follow all the cars by locating team on left. 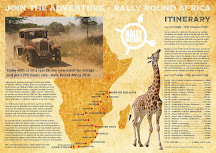 Days noted in posts, pertain to Days indicated on this Itinerary